Home - Insights - 4 examples of the impact of speculative design

Today, technology is developing faster than ever, making tomorrow’s future very different from today’s. How can we develop new, groundbreaking systems and prototypes for the future? Speculative design offers a solution here. Large companies and governments are beginning to recognise its value, and Google and Shell have already integrated speculative design into their business strategy for years. There are numerous design methodologies and strategies that companies have implemented for a better customer experience. Design thinking, customer journeys, user mapping and the personas for example.

Possible futures and questions that come with it

Speculative design is not so much aimed at solving contemporary problems of users or customers, but rather at reconsidering the possible futures and the influence of new technological innovations.
Where typical design looks at “smaller problems”, speculative design increases the scope and tries to tackle “larger problems”.

This design process can be influenced by fictional political, social, economic or technological factors. Speculative design tries to imagine what it would be like to design without the current limitations of technology, culture and politics. The term was first used in the 1990s by British designers Anthony Dunne and Fiona Raby. In their book Speculative Everything they describe Speculative design as follows:

“Speculative design thrives on imagination and aims to open up new perspectives on what are sometimes called wicked problems, to create spaces for discussion and debate about alternative ways of being, and to inspire and encourage people’s imaginations to flow freely. Design speculations can act as a catalyst for collectively redefining our relationship to reality.”

Dunne and Raby present a future map in their, with different types of future scenarios. To keep speculative design somewhat realistic, these scenarios must be categorised as possible, plausible or probable. The more scenarios there are on the future map, the easier it will be to determine the preferable future (see Figure 1). 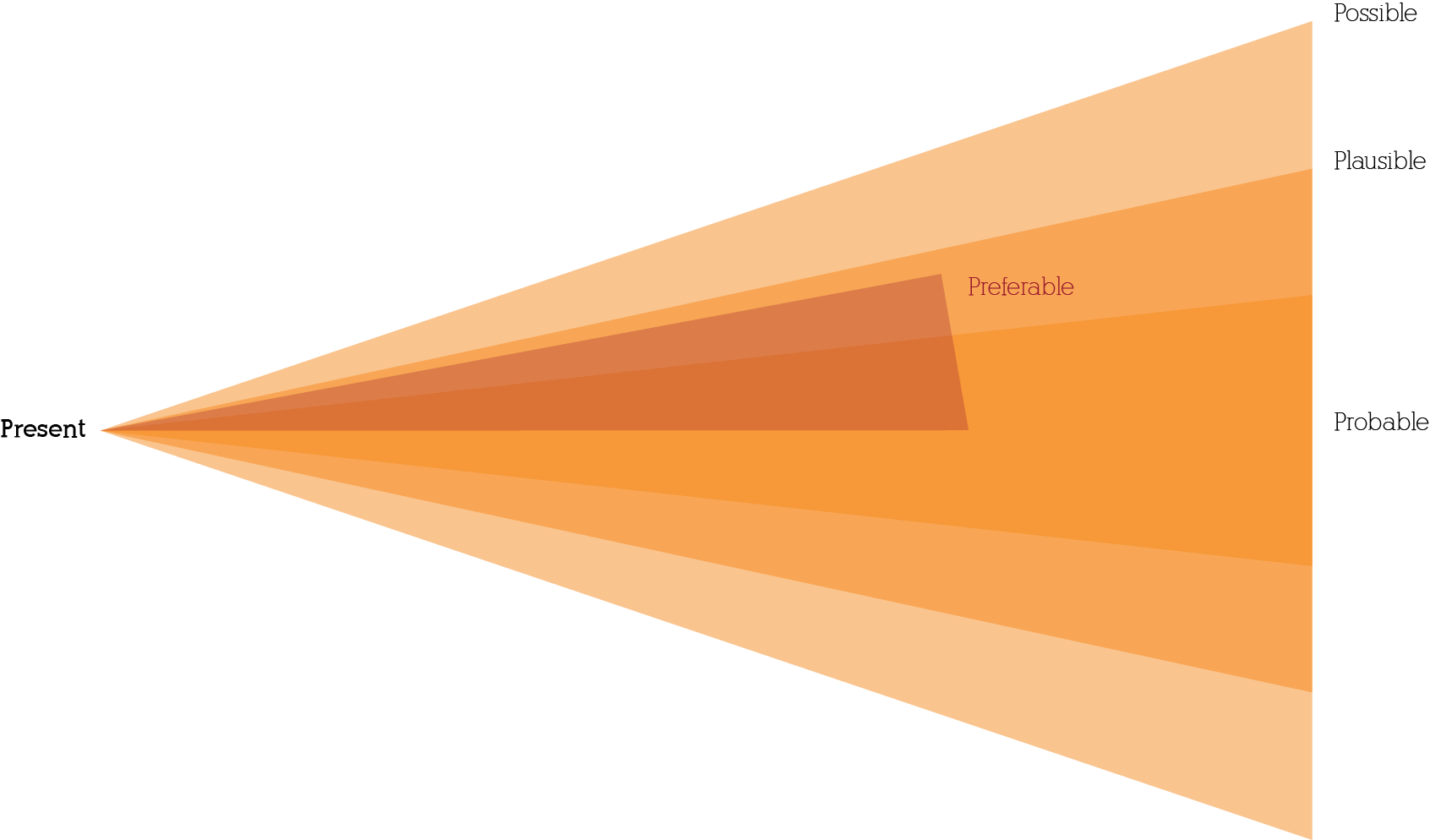 Figure 1: Taxonomy of futures, redrawn from Dunne and Raby

Maybe you know the Netflix series Black Mirror. In every episode this series explores what the world could look like under the influence of a technological innovation. For example, lenses that can record your entire day; a like-system that is fully integrated into society or a device through which memories can be played back on a screen. Black mirror is textbook example of speculative design. Every episode raises questions with viewers. Is this the future we want? Could the world look like this? Each episode creates a dot on the future card. Although Black Mirror is mainly about techno-paranoia, that does not mean that speculative design is always pessimistic. 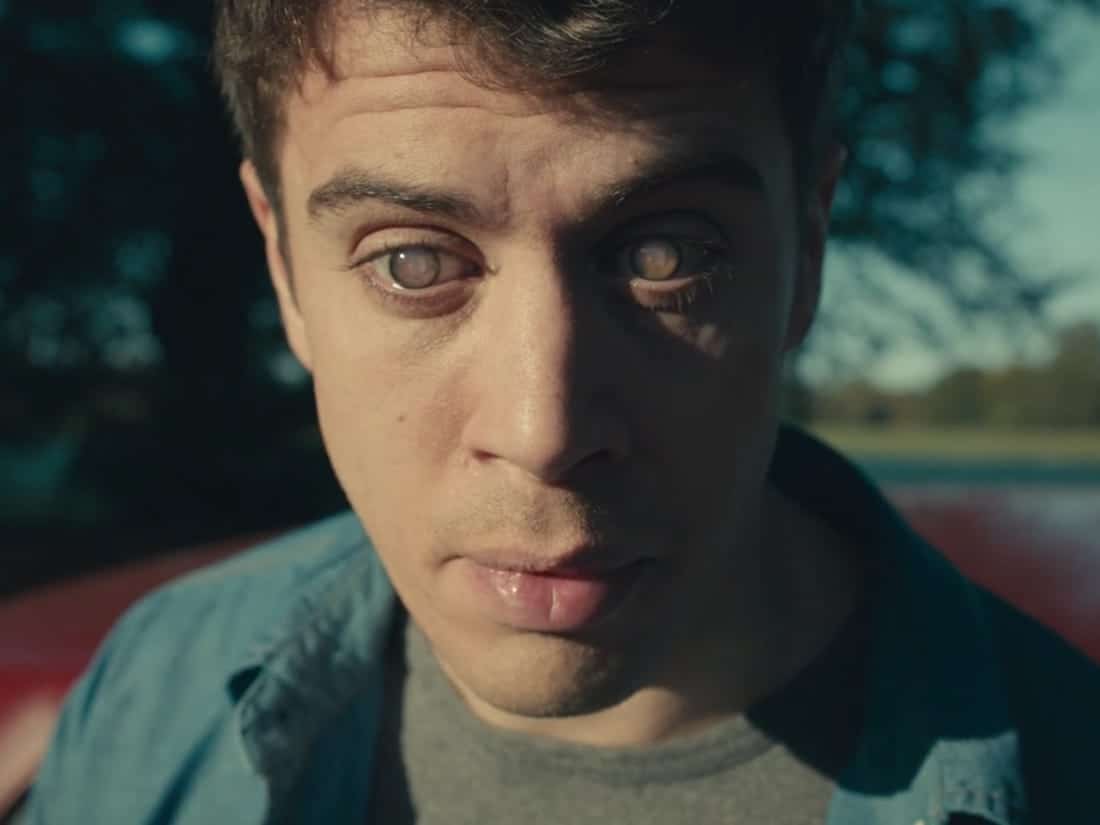 figure 2: Black Mirror, The Entire History Of You

2. Speculative design makes you think about technology in the future

Another example is Star Trek. About 40 years ago, millions of viewers were first introduced to a mobile tablet, and the potential impact of such a device. In Star Trek: The Next Generation, crew members of the USS Enterprise often used a PADD (Personal Access Display Devices). Set designer Michael Okuda had a limited budget for props in Star Trek. The flat surface of PADD meant that no buttons or dials needed to be built. The fictional, adaptive software ensured that the crew members could use the PADD for almost all tasks.

PADD influenced the entire working method of crew members and showed viewers a world in which powerful technology is always available, regardless of where the user is located.

Many of us nowadays have an iPad, but in the 1980s such a device was never seen before. 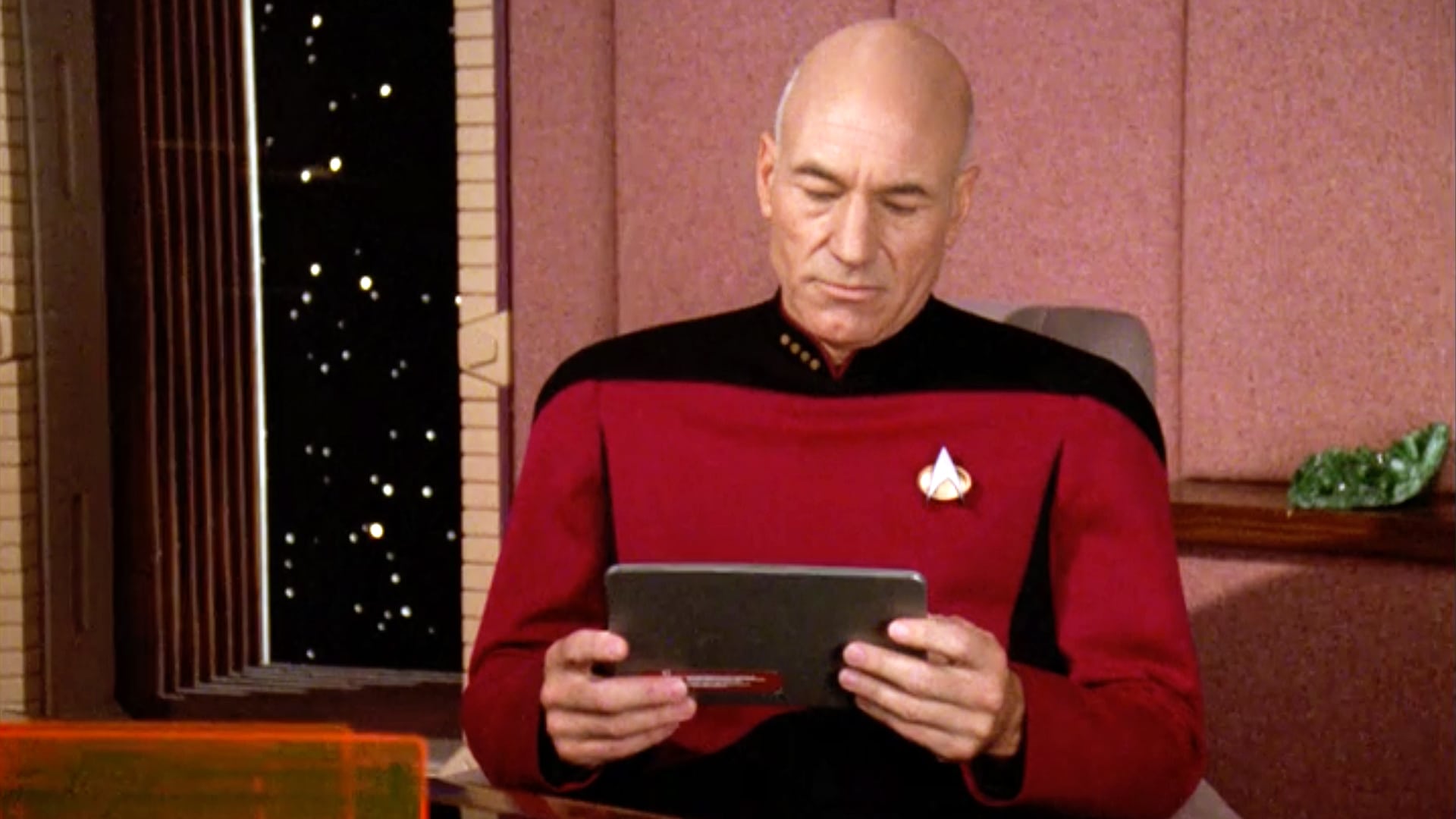 Figure 3: Star Trek: The Next Generation, Picard with PADD

3. Speculative design makes you think about how you could stay ahead

Tablets and mobile phones have changed our entire society. In 2007, Apple introduced the first iPhone and although there were already huge players on the market such as BlackBerry and Nokia, Apple managed to distinguish itself with a product like no other.

By breaking away from the conventional functions of a smartphone at the time, Apple was able to introduce a completely new product. With iPhone OS (now iOS), head designer Scott Forstall and his team were able to design an entire user flow in which the users used a touchscreen instead of the standard hardware buttons at the time. By basing the digital interactions on physical actions such as opening a letter, a drawer, or waving something away, Apple offered a brilliant way that ensured users quickly understood what each button or app was for. It also gave many of Apple’s apps a distinctive visual style compared to competitors.

The world soon saw the iPhone as the benchmark for the best mobile user experience, and the BlackBerry interface was considered clumsy and archaic. And with Apple at the forefront of the UX / UI strategy, Android dropped its previous UI that mimicked BlackBerrys at the time, in order to design a better user experience. (see figure 4).

Because Apple introduced a completely new interaction mechanism with the iPhone, the touchscreen which was controlled with a finger instead of a stylus, it opened up countless innovation possibilities that we still benefit from today. 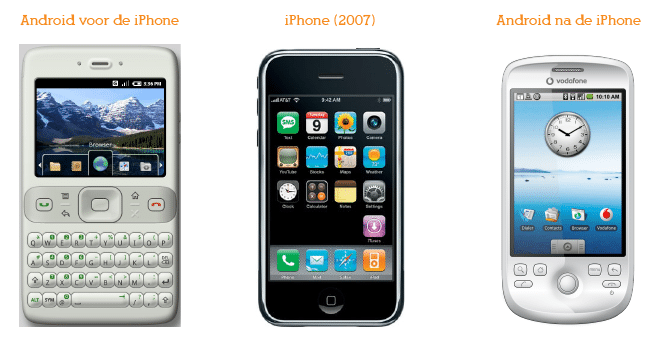 Figure 4: Android before and after iPhone

Designers know how to design products and services for today’s customers. The scope of these services can best be shifted a few years or decades. But there are issues that must be designed over a full millennia.
What will the welfare state look like in 100 years? What is the future of the car? How do we adapt our society and cities to climate change?

Architectural firm BIG (Bjark Ingels Group) investigated this last question together with organization Oceanix with the Oceanix Cities project. 90% of the world’s largest cities are expected to face rising sea levels in 2050. The majority of coastal cities will be affected by coastal erosion and flooding, forcing millions of people to move. Oceanix city is researching the concept of a sustainable, floating community for 10,000 inhabitants.

Now we don’t have to start building the first Oceanix city right away, but the visualisation of a floating city raises a lot of questions. For example, is it necessary to relocate our cities to the open sea? What influence does this have on infrastructure, agriculture and culture?

Speculative design helps shape difficult, future social issues, to better prepare ourselves for possible futures, and to investigate what the desirable future is. 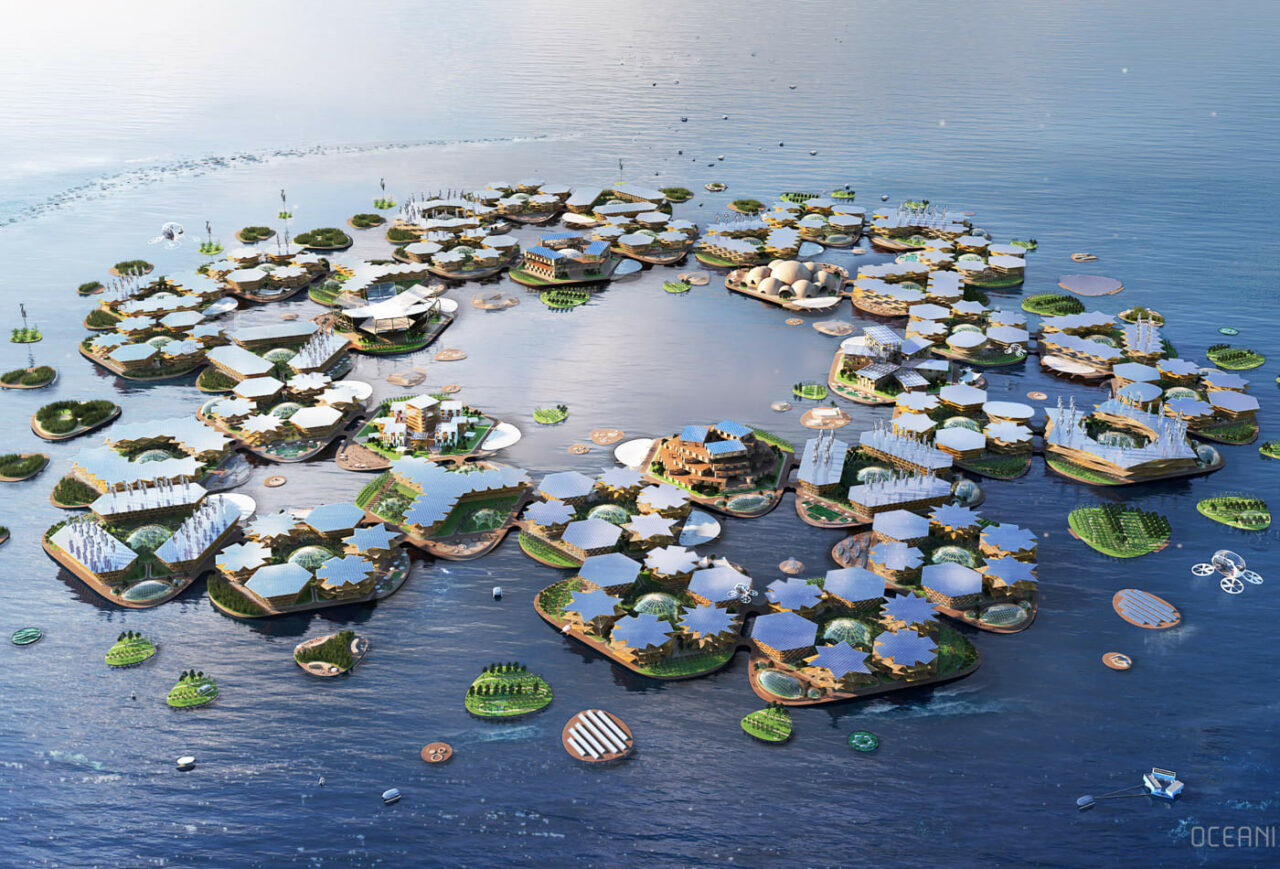 Speculative design allows you to stretch your imagination and develop new, groundbreaking systems and prototypes for possible futures. And although that is not always easy to sell, companies and governments are starting to recognise its value.

“By speculating more, at all levels of society, and exploring alternative scenarios, reality will become more malleable. And although the future cannot be predicted, we can help set in place today factors that will increase the probability of more desirable futures happening ”according to Raby and Dunne.

Nicky is ready to answer all your questions.

Design deliverables and fidelity: when do you use what?

When do you use what kind of wireframe? Hedwig Klamer created an overview of 5 levels of fidelity in design deliverables
Read more

In projects, engineers run into questions that you can answer excellently with guided selling. Read here how to do that!
Read more

A guided selling tool helps your customers make the right choices. But how do you design a good tool and what pitfalls are there?
Read more